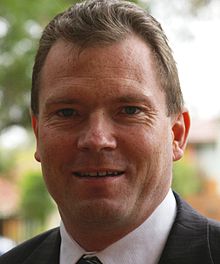 The Newcastle Institute, is hosting a ‘Conversation’ with the Honourable Nathan Rees, former Premier of NSW. This July event is part one of a two part series featuring conversations with politicians.

The second in this series, in September, will feature the Honourable Campbell Newman, former premier of Queensland.

Despite being from opposite sides of the political fence they share reputations of being courageous and standing up for what they viewed was right for their states. Both were young men when premiers of their respective states and both had short terms in office.

Nathan Rees was the 41st Premier of NSW between 2008 and 2009 and a member of the NSW parliament representing Toongabbie for Labor from 2007 to 2015. He replaced Morris Iemma as Premier and in late 2009, was replaced as leader of the Labor Party by Kristina Keneally. In his attempts to clean up the Labor party, he stood up to Eddie Obeid and Joe Tripodi, a position which ultimately cost him his role as Premier.

His post political career has seen him in roles as the chief executive of the Public Education Foundation, and more recently as Deputy Leader of the Finance Sector Union,

Nathan Rees will speak about his time in politics, lessons learnt and implications those interested in participating in the political process. He will share insights about policy, the media and trust in the political system. In a time when Newcastle is changing dramatically he will provide insight into lessons for Newcastle and its leaders to ensure a productive and sustainable future.

The Newcastle Institute spokesperson Robyn Considine said the Conversations Series will provide an opportunity to gain unique political insight from two well regarded politicians. The Honourable Nathan Rees will share these insights next week at the important first event of the series.

This forum is open to the general public.

No RSVP is necessary.

Entry is at the door and a $5 donation to cover costs is appreciated.