The election of Donald Trump as the 45th US President confounded most political experts. Not only was his rise wholly unanticipated by the political class, speculation about his ‘inevitable’ demise – right up until election night – was grossly exaggerated. So why and how did Trump win? 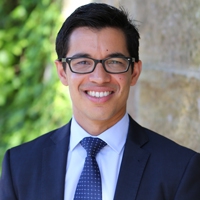 In the Newcastle Institute’s first public forum for the year, leading national commentator on american politics Professor Michael Ondaatje will consider these pressing questions to get to the heart of today’s ‘Trump Phenomenon’.

Professor Ondaatje will deal with issues broader than just the election of Donald Trump himself. What does his victory tell us about US politics? Are the factors that led to Trump’s victory as relevant in other countries, particularly Australia? And what will his presidency mean for America and the world?

Michael Ondaatje has been a popular speaker at previous Newcastle Institute events. He is a regular commentator on US politics in the Australian and international media. Academically, he is National Head of Arts at the Australian Catholic University, a prize-winning researcher and teacher, and a recipient of the Max Crawford Medal. Recently he was selected by the United States government for an International Leadership professional exchange program.

As always, the evening will include plenty of time for questions and discussion.

This forum is open to the general public. A $5 donation is suggested.