We welcome you to the 2016 program of events for the Newcastle Institute.  There are some very engaging topics in the planning phase and we think you’ll find our opening presentation very topical. We look forward to seeing you at our events!

Fear is to terror as hope is to the lottery

How likely are we to experience a terrorist attack in Australia? What is the capacity of Islamist terrorists in the West? Does counter-terrorism expenditure mirror the threat posed?

Global terrorism expert and University of Newcastle Professor, Mark Stewart will address these provocative questions in the Newcastle Institute’s first public forum for 2016.

“The United States currently spends $115 billion annually on domestic homeland security measures, and Australia in the region of $1-2 billion annually. These are significant expenditures that rarely are subject to cost-benefit or risk analysis,” said Professor Stewart.

“Some counterterrorism measures may not even be needed, since, in general, the capacities of Islamist extremists seeking, aspiring, or vaguely thinking about terrorism in the West seem, whether based in Australia or abroad, to be unimpressive, and any threat they present appears to be quite limited.”

“The tragic attacks in Paris in November 2015 shows that the terrorist threat is real. However, there is a natural tendency to over-react to such events, and to massively inflate the capabilities of the perpetrators,” said Professor Stewart.

“The annual fatality risks from terrorism in Australia is one in 8 million from 1970 through 2015 (which includes the Bali attacks). For the same period in the United States they are one in 4 million per year.”

“Applying conventional risk acceptance criteria, then, under current conditions terrorism presents a threat to human life in the Western world that is, in general, acceptable. Yet despite this low risk and the extraordinary amount of resources put towards combating terrorism, the public still worry and the government still spends billions,” said Professor Stewart. 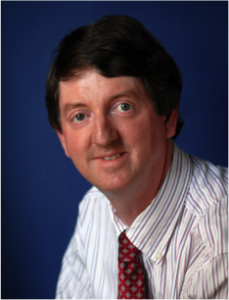 Professor Mark Stewart is Professor of Civil Engineering and Director of the Centre for Infrastructure Performance and Reliability at The University of Newcastle.

He has 30 years of experience in probabilistic risk and vulnerability assessment of infrastructure and security systems. Professor Stewart’s research focuses on developing probabilistic risk-modelling techniques for infrastructure subject to military and terrorist explosive blasts, and cost-benefit assessments of aviation security, policing, and protection of airports, buildings, and bridges.

Fear is to terror as hope is to the lottery